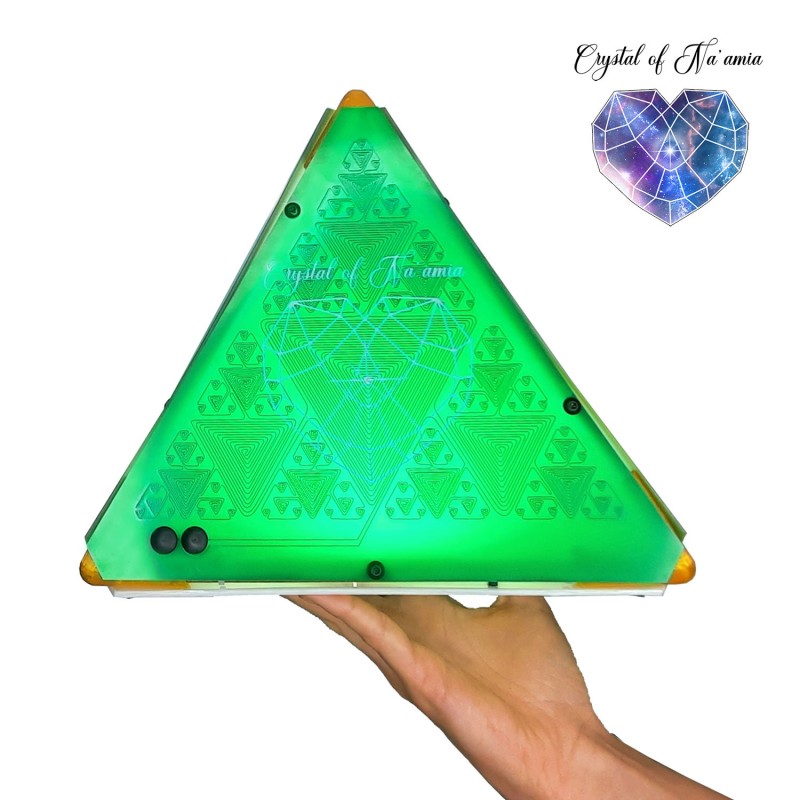 The Platonic solids were first named in the 'Timaeus' dialogue written around 358 BC. J.-C.
The tetrahedron is the simplest of these solids. Formed of 4 faces, it is associated with the Fire element and the solar plexus chakra called Manipura.

Each of the 3 faces of Magnus Tetraherdron Consciousness Optimizing Mirror is covered with a plate engraved with fine circuits forming the fractal figure of the Sierpiński triangle and thus creating a set of 363 interconnected triangles. The 3 quantum coils formed by these plates allow the emission of a powerful field of scalar waves.

The basic tetrahedron is supplied with a USB cord fitted with a switch and an adapter to connect it to the mains.
You have the possibility to select option 1 to add a signal generator and an external USB battery.
You also have the option of selecting option 2 to obtain a turnkey kit with the generator, the external battery and a carrying bag.

You will find the usable frequencies as well as additional information on United Universe Andiana website.